We would like to offer our sincere support to anyone coping with grief. Enter your email below for our complimentary daily grief messages. Messages run for up to one year and you can stop at any time. Your email will not be used for any other purpose.

Share a memory
Obituary & Services
Tribute Wall
Read more about the life story of Dean and share your memory.

Callie Dean Tucker lost his battle with melanoma cancer on Thursday, January 5th at his residence. He was 73 years old. The family is deeply saddened by his death.

He was born in Union, South Carolina as the 5th of 7 children. Dean served in the Vietnam War from July 1969 to July 1971.  He received two purple hearts and a bronze star for his service. After returning home, he married the love of life and started a family and completed his Bachelor of Science degree at Limestone College. He retired from the United States Postal Service after 33 years where he was the District Manager of Vehicle Service.

Dean served his community as a former member of the Supervisory Committee and Board of Directors at Carolina Foothills Federal Credit Union. He also served the Lord and Mt. Lebanon Baptist Church where he served as a deacon and church treasurer among many other duties.

His legacy will carry on forever reminding us that we control our attitudes. We choose to live a life of meaningful acts of love and service, like Christ modeled for us. There are no words that can express how grateful and blessed we are to our neighbors who were there for us during the last three months. Also, a heartfelt thank you to Spartanburg Regional Hospice.

To send flowers to the family or plant a tree in memory of Dean Tucker, please visit our floral store. 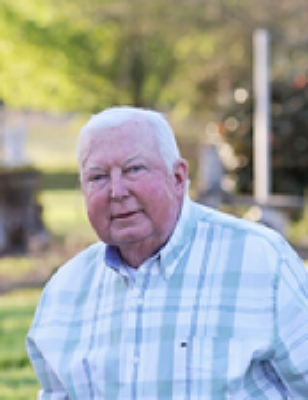 In Loving Memory Of

Look inside to read what others
have shared
Family and friends are coming together online to create a special keepsake. Every memory left on the online obituary will be automatically included in the book.

In Loving Memory Of

Look inside to read what others have shared

Family and friends are coming together online to create a special keepsake. Every memory left on the online obituary will be automatically included in the book.

You can still show your support by sending flowers directly to the family, or by planting a memorial tree in the memory of Dean Tucker
SHARE OBITUARY
© 2023 Lanford-Gwinn Mortuary. All Rights Reserved. Funeral Home website by CFS & TA | Terms of Use | Privacy Policy | Accessibility